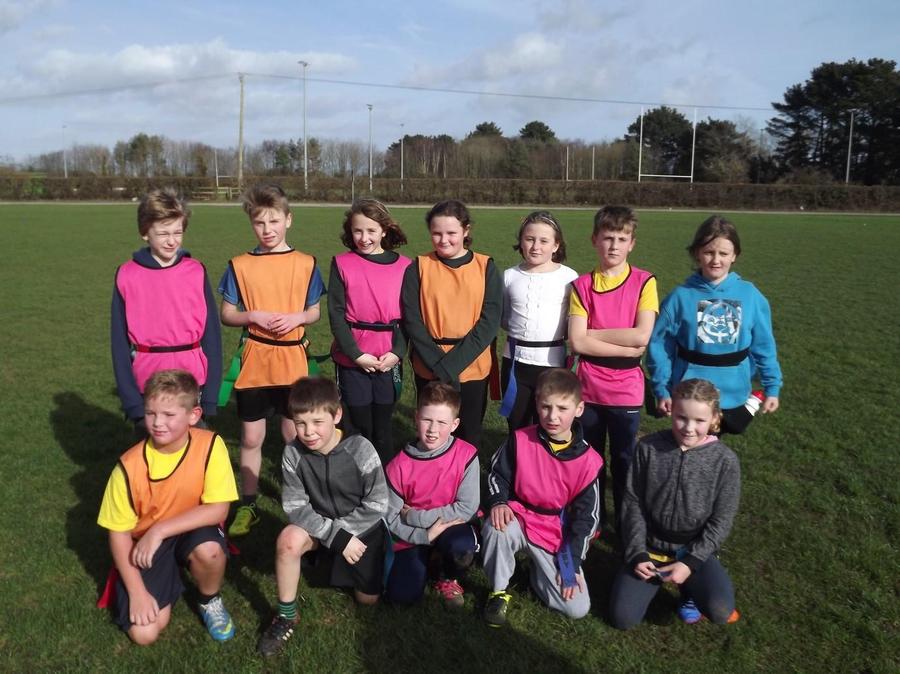 Our first match was against Lulworth & Winfrith, which was a very even match that ended in a 4-4 score line. Next we played St Marys, Swanage and earned another draw, this time 2-2. We were however unlucky not to win, having a try disallowed late in the game.

There followed two narrow defeats by Wool Primary & Stoborough, a victory against St Mary & Josephs & a 2-3 loss to Swanage Primary, which was again nearly a draw, with the final play of the game being another disallowed try, this time for scoring over the dead ball line area.

For a novice group of players who have had just three P.E. lessons and two lunch time club sessions our pupils ability to tag was quite exceptional. Their support play was another area of strength as was the determination of our attacking runs.

They are all looking forward to more lunch time training and it is encouraging to think that eleven of the squad will be able to compete again next year. Mrs Morris, Mrs Stephens and myself were very proud of the pupils commitment, cooperation and team spirit.