Create at the Cove

Instead of a class party this year we decided to take the Skylarks to Create at the Cove in Lulworth. Our trip was part funded by our Teddy Tombola and partly by a generous gift of £50 from ‘The Friends.’

Create at the Cove is a new venture where visitors can try their hand at painting pottery or decopatch which involves layering paper onto a card structure. Prior to our visit the pupils had selected which activity they wanted to try so our equipment was all organised when we arrived. All the children were making stars and were shown examples of previously made products. The art of applying the paint or paper were explained and then the creating began. 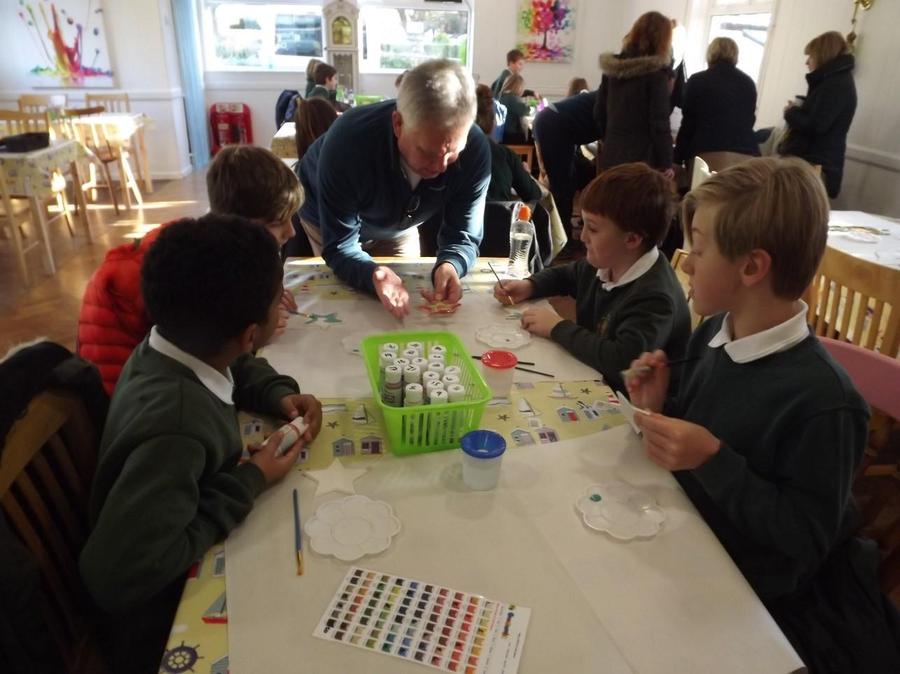 Explaining how to create a decopatch star. 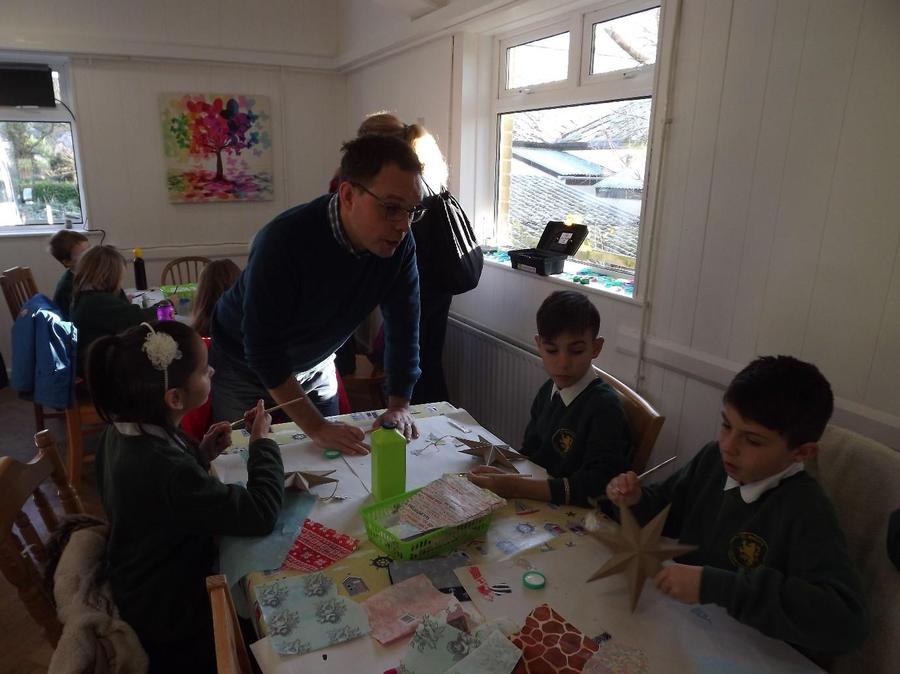 Taking care with their colour application 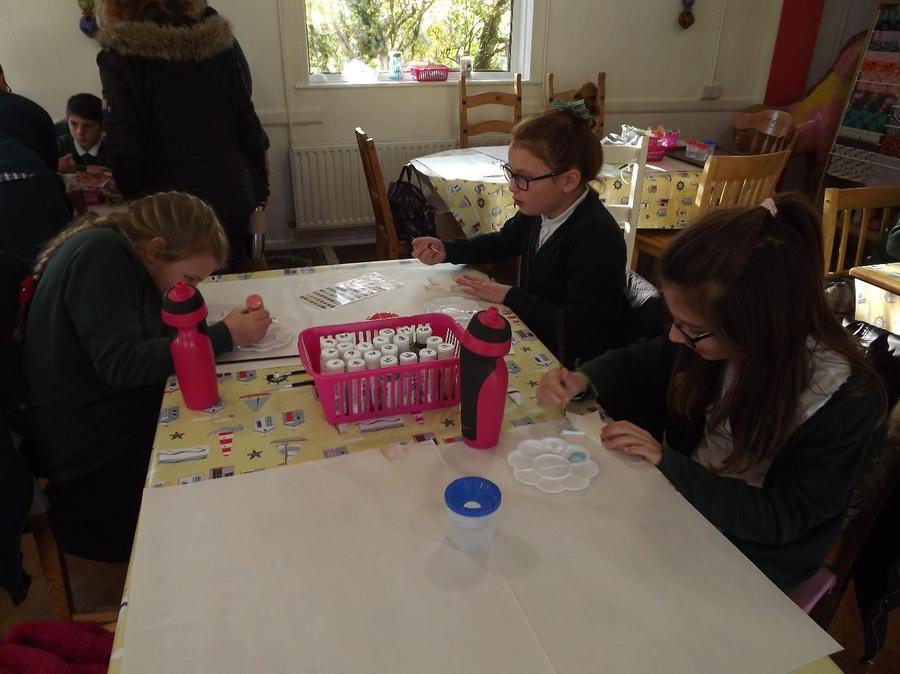 The pupils took great care with their pottery allowing the base colour layers to dry before applying their designs. The finished products looked extremely professional after they had been in the kiln. The decopatch stars were also extremely effective and it was rewarding to see the children’s reactions when presented with their creations to take home on the final day of term. The children enjoyed the whole experience and many have asked if we can go again later in the year. A final mention to Chloe Burch who was nominated as 1st place by Matthew from Create for her Father Christmas design.
Top
Cookie information
Cookie Notice